These 3 projects are generating the most investment in Middletown

An influx of economic development projects representing millions of dollars in investment and hundreds of new jobs are taking shape in the city of Middletown.

And while there are many types of investment in the city, there are three creating the most buzz. These projects — a new hospital, an energy center and a large speculative building — are pumping nearly $800 million into Middletown’s economy and generating close to 300 jobs, with additional investments likely on the horizon.

Here is a breakdown of the three biggest projects in Middletown, and what they mean for the city moving forward.

This $600 million project from St. Augustine, Florida-based NTE Energy opened in late May. The company, which develops and acquires electrical generation and transmission through its affiliates in North America, created about 30 full-time jobs as part of the project, in addition to more than 300 temporary construction positions during build-out. The 475 megawatt natural gas-fired power plant supplies energy to 400,000 homes.

Jennifer Ekey, economic development director for the city of Middletown, said the new energy center was four years in the making.

“It took many years and a lot of hours, but it is a very good project for Middletown in terms of capital expenditure,” Ekey said. “They also recruited talent from in and around the region, so we’re excited about that. Now they’re out there making energy that is being sold on the grids.”

One of the largest health networks in the region is getting ready to open a $30 million facility that will create 110 new jobs in the city. Kettering Health Network Middletown is a 67,000-square-foot health center built on 15 acres southeast of the Interstate 75 interchange on Ohio 122. The health center will have a full-service emergency department, outpatient lab, imaging services and a medical office building for physician practices. It is scheduled to open Aug. 8.

The facility is located across the street from Atrium Medical Center, which is owned by KHN’s competitor, Premier Health. Ekey said the increased competition is beneficial for Middletown residents.

“In terms of what I’m hearing from residents, they like the choice they now have here in Middletown,” she said. “Of course, competition is always good.”

The OPUS Group and Founders Properties LLC broke ground on a massive, spec industrial building along the Interstate 75 corridor in late June. The 612,000-square-foot building, known as the Middletown Logistics Center, was listed between $16 million and $21 million. The logistics center will have 36-foot clear height ceilings, 40 dock doors, 79 trailer positions and additional positions available for knockout panels, which provide more flexibility for tenants in the building. In addition, 410 car parking spaces will be located on site.

The facility could house one or more tenants when it is completed by May 2019. No company has committed to the logistics center just yet, but Ekey said it will likely see a tenant by the time construction finishes next year.

“There’s been some interest in it already,” Ekey said, adding she could not discuss the names of possible tenants. “It’s nothing I can talk about yet, but I will say we’ve had some people looking at it.”

As part of an enterprise zone agreement and tax abatement the city approved to support the project, the Opus Group has committed to create a minimum of 150 jobs with $4 million in total payroll. Ekey said the hope is, when the building is fully occupied, “it far exceeds” these numbers.

Ekey added the project is also significant because it is the first of its kind in Middletown.

“We have a building like this in terms of size, but this will be Middletown’s first logistics center,” she said. “It’s an exciting project, and it fills a need for something we don’t currently have in Middletown.” 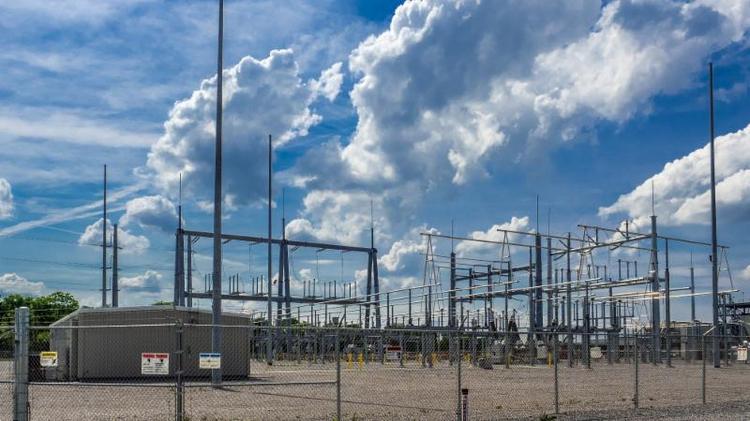