Developers to put up massive spec building near I-75 corridor

The Opus Group and Founders Properties LLC plan to start construction soon on a huge, speculative industrial building along the Interstate 75 corridor.

The developers plan to start construction in June on a more than 612,700-square-foot industrial building in Middletown. Doug Swain, vice president and general manager of Opus Development Co. LLC, said the amount of industrial space being leased “demonstrates continued demand for industrial space and regional distribution centers to complement the skilled workforce in the market.”

The building, known as Middletown Logistics Center, will be located at the northwest corner of Todhunter and Salzman roads. The site is within a two-day drive of 60 percent of the U.S. population.

A speculative, or spec, building is one that is constructed with no signed tenants. Developers have been building a number of spec industrial buildings in Greater Cincinnati as the region’s vacancy rate has remained low. In the first quarter of 2018, the market recorded a net gain in occupancy of nearly 1.8 million square feet, according to data from Colliers International Greater Cincinnati.

Middletown Logistics Center will have 36-foot clear height ceilings, 40 dock doors, 79 trailer positions and additional positions available for knockout panels, which provide more flexibility for tenants in the building. In addition, 410 car parking spaces will be located on site.

Opus Development Co. will be the developer for Middletown Logistics Center, with Opus Design Build LLC serving as the design-builder and Opus AE Group LLC as the architect of record and structural engineer of record. The project is a joint venture with Founders Properties, a Minneapolis-based company that provides acquisition, financing, asset management and investment services for high-net-worth investors.

Opus and Founders Properties partnered previously on two speculative industrial buildings in Port Union Commerce Park. Those buildings added a total of more than 800,000 square feet of space. The buildings were completed in fall 2015 and are fully leased.

John Gartner and Norm Khoury with Colliers International will market Middletown Logistics Center. The building is being marketed for one or two tenants.

Headquartered in Minneapolis, Opus Group’s portfolio of work includes more than 5.4 million square feet of industrial developments currently under construction or completed in the past 24 months across the U.S. 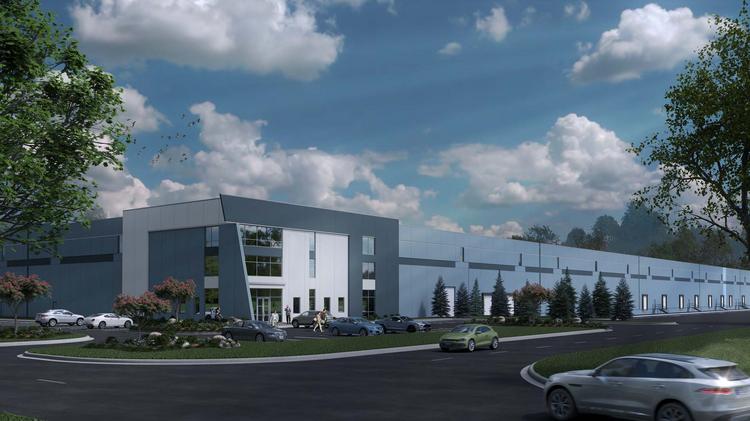